During the war I thought I had lost my first own masterpiece.

During the war I thought I had lost my first own masterpiece.

When I left school in 1934 at the age of 14, I began work in a pocket knife factory. Herr Kleist was my teacher, he was good. He showed me the craft and so I produced my first pocket knife, which I was allowed to keep. It took many, many hours of work! I was as proud as Punch!!

After a year I left the business, as my father needed me in the turnery. Then the war came and took me all over the world. First from the Ardennes to the Baltic Sea, to Flissingen in Holland then on to America…

I have always guarded the knife like a treasure and cared for it as no other. And in the war I thought I had lost it as our house was bombed out.

Until one day my closest ally – Horst Möller – brought it to me again. That was a real surprise!

Since then I always carry it in my bag! 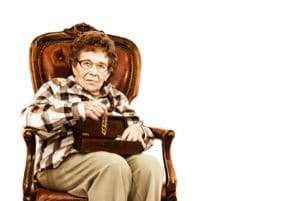